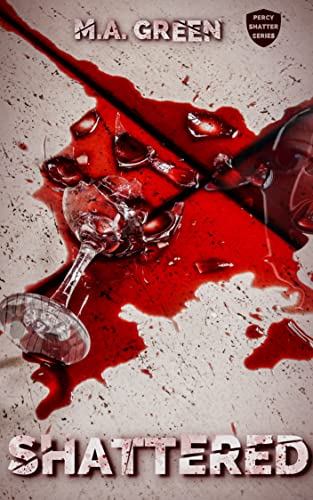 When a mouthy consultant meets a gruff FBI agent, they team up to solve the worst serial murders in decades – but even with all their talents combined they seem outmatched.

Dr. Percy Shatter is the best forensic, behavioral, and clinical psychologist, which probably says more about her than she ever could. She’s afraid of nothing in the real world, especially after personally interviewing every living serial killer between studying the rest. She’s faced evil and come out the other side with knowledge, analysis, and only a few scars. Plus she can drink anyone under the table.

When she meets Special Agent Riley Rankin, Percy stands her ground, toe-to-toe, with him. He’s in the Violent Crimes unit with the FBI. And he’s taken down monsters so terrifying their existence never made it into public knowledge. He’s a rockstar investigator, with a fantastic solve rate, because he follows the rules to the letter. That is…until he meets Percy, who can’t stop pushing his buttons. Suddenly he misses his old murder scenes with lots of blood but not so many metaphors.

Together, Percy and Riley, are forced into a partnership when several brutally mutilated bodies are found, resembling the work of an infamous serial killer. More concerning, the dead victims are discovered states apart at the same time – which means there’s more than one copycat. And the notorious murderer being mimicked has been in prison for decades without helping anyone on the outside. Suddenly, the floundering investigative duo is left feeling lost. In the incredible stress of the situation, both partners end up at each other’s throats. While Percy tries to solve her woes at the bottom of a bottle, Riley simply shuts down. All the while, killers are planning their next elaborately violent murders.

Can Riley help Percy wrangle her inner demons long enough to chase down the psychotic followers of a serial killer, or will they both lose their composure, sanity, and lives when Percy falls apart?